My core philosophy and approach to business is this:

Connect and build a trusting relationship by serving first.

It’s unnecessary to coerce, persuade or manipulate people into buying if you know how to authentically connect with them and help them come to their own conclusion that you’re the one they’ve been looking for.

When you execute your business strategies the right way, results follow inevitably.

I honed my digital marketing chops as an affiliate marketer early in my entrepreneurship career, then built a marketing “agency” I ended up hating.

I also worked as a Marketing Consultant, acting as business owner’s outsourced Marketing Manager — meaning being the middle-woman playing ‘the translation game’ between entrepreneurs and marketing agencies because they don’t know how to effectively communicate with each other to achieve results.

When I’m not using my brain to create order out of chaos for client’s businesses, you’ll find me writing, publishing my newsletter, playing the piano and living a multi-passionate creative life.

My readers seem to get a kick out of what I share behind-the-scenes in my private emails.

Not only because they get my best work (apart from the work I do with clients of course), they get to be a fly on the wall, see ‘how the sausage is made’ as I share my process of bringing my own projects to life.

If the idea of peeking behind the kimono of a creative entrepreneur made you drool all over your keyboard, then I invite you to join my newsletter.

If you’re new, here’s a few places to start…

After painfully letting go of 2 businesses I had worked so hard to build from scratch, I couldn’t figure out my next career move… So I ended up working as a Marketing Consultant at a small Management Consulting company in 2015 because the owner convinced me to work with him (despite my reluctance).

When he refused to let me wear jeans on Fridays, it felt like a punch in the gut.

I wanted just one day at work where I have the freedom to be myself. I had no desire to wear suits just to “look” professional.

I’ve always believed my quality of work, my work ethic and my ability to deliver results speaks more than ‘how I look’ at work.

And that’s the problem I’ve always had with the business world… and what people view as “professional”.

The traditional business world comes with the suits, the politics and the fact that most people are just hawking some doctored-up image of themselves at work… which is the same problem I have with the digital world.

The business world has always felt very inauthentic to me, let alone the highlight reels of most people’s social media feeds.

My boss’ response left me perplexed though.

See… one of the main reasons he asked me to join his team was because he wanted to be different from his competitors, apart from the fact that he liked how I approached marketing…

When I asked him why he wanted to work with me, his response was:

“Jen, you’re different from all the marketers I’ve come across in the years I’ve been in business… and there’s a ton of them out there.”

Even though he did things differently to his competitors, and said he wanted to be different… he was not willing to ditch the suit, “go all in”, and show up differently from other business consultants.

The personality and the culture of his business wasn’t congruent with the way they showed up in the marketplace.

His old-school-suit-wearing-belief held him back because his business was “off brand” as a result of incongruences between his words, his actions and behaviours.

I couldn’t help but feel inauthentic working in his company.

The incongruence quickly became irritating because I also felt out of integrity with myself since I wasn’t allowed to wear jeans at all to work.

It was clear what he wanted me to be — a suit wearing business consultant.

That feeling of being “boxed-in” at work kept reminding me of the constant annoyances I felt and the defensive states I lived in growing up.

I fought off dresses and skirts my mum kept suggesting I should wear every chance she gets, and kept hearing about how I should learn to do my hair nicely like other girls and pay more attention to how I look.

I was a tomboy that rolled my eyes at all the ‘beauty stuff’ — I never understood the fuss with the hair and makeup. I had ZERO interest.

I preferred spending time sweating it out, training and competing in my sportswear and sneakers. If I was not being active, then jeans & tees and comfy clothes is always my first choice, until I discovered activewear and yoga pants. 🙌

To this day, the *only time* you will ever find me in a dress is at a wedding.

Growing up, the running joke my mum would tell everyone about me is this:

“Oh, Jen forgot to bring her penis with her when she came out of the womb.”

Needless to say, I didn’t fit into my parent’s definition of a girl, amongst other things they wanted me to be and do.

I guess I was never born to be placed in a box, and be defined by others.

I believe none of us are.

We are all unique, weird, wonderful and different in our own ways.

But because I never truly felt accepted for who I am, I had to learn to fight and defend myself as a kid whenever I was suggested to do something because someone else wanted me to “fit in”.

The fighting and defending continued as I grew up because I realised that I didn’t and couldn’t fit myself into the countless jobs and businesses I’ve worked in, no matter how hard I tried.

Why Was This Important?

Because I never felt ok to be me.

The constant comparison to other kids growing up made me believe that something was wrong with me. So I tried to “fix myself” until I finally learned that there is nothing to fix.

Most of us grew up subconsciously conditioned by our parents, environment, culture and society. We try hard to squeeze ourselves into unreasonable boxes that is not meant for us:

We end up following traditional career paths — graduate school, get a degree, land a job, and climb the ladder.

We lose ourselves along the way because we’re too busy listening to all the “shoulds”, and playing to other people’s scripts.

Until we become so miserable and depressed in life, where we find ourselves doing work we don’t believe in, realise we’ve been in the wrong relationships for too long or until our health breaks down.

Life has a way of waking us up.

I came to realise how misaligned and broken I was when I found myself 4 blocks away from my office, sitting on a park bench, balling my eyes out in the middle of the work day from the uncontrollable pain I felt in my entire being.

I was so off track, that my spirit must have had enough of the bullshit I was dragging myself through in life, so it decided to scream out at me on that day.

That ‘episode in the park’ was my turning point.

I quit that Marketing Consultant job shortly after without any clue what I was going to do.

I hated my life so much at that point.

All I knew was that I couldn’t continue to do work I didn’t care about anymore.

After letting go of 2 businesses that I worked so hard to build, my life felt like a big stack of failures after I quit that job…

Nothing in my life worked because I was too busy chasing other people’s definition of success.

My entire world came crashing down around me because I didn’t know who I was nor what the hell I was doing with my life anymore.

Little did I know, the “wake up call” was the universe telling me to start over, to go on a different journey, to strip away everything that was not true to me, to rebuild myself in order to emerge as someone new.

I was forced to:

The truth is… I’ve felt like a caged bird all my life.

I longed to spread my wings and live my truth out loud.

There’s a part of me that has been desperately wanting to break free from the shackles of the mental, psychological and emotional prison I’ve been chained to.

It took a truck ton of work to acquire the skills I needed to transform myself into the person I am today.

The interesting thing I’ve come to learn is…

The person I’ve always wanted to become is actually the person I was designed to be from the moment I came into existence on the planet… before I was subconsciously conditioned by this world we live in.

The only way I was ever going to be able to be myself at work, and to give myself the creative freedom to do what I love is to create a business custom designed to fit me like a glove.

Where I can show up unapologetically as myself whether that’s in jeans or yoga pants.

By creating a personal brand business designed around my ideas, my gifts, my expertise, my message and who I am, and build a career I adore where I can pursue all kinds of interesting work I love as a creative professional.

What truly matters to me is this:

I want to live a life worthy of my own respect.

Design a Business Aligned With Who You Are

If you’re interested in building a durable, thriving business that serves you instead of draining the life out of you…

So you can quit doing what you don’t love, reduce resistance in your life, and experience more ease, more flow, more fun and more prosperity…

Then start shifting how you look at “work”, and how you’re approaching work. 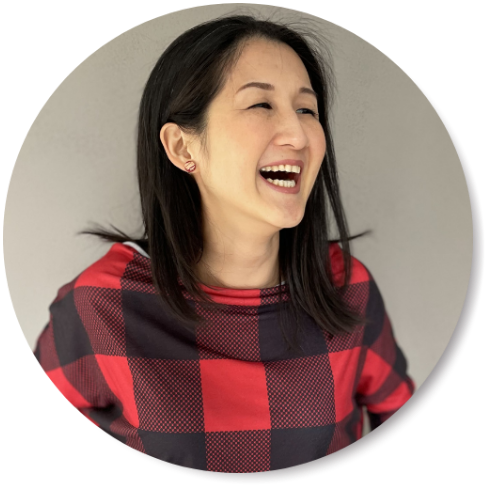